This newly designed3-axis wireless lens control system includes a built-in integration option for RED DSMC2 cameras (such as RED DSMC2-Helium, RED DSMC2-Gemini or equivalent) and will control focus and iris wirelessly on the supplied hand unit controller as an alternative mode of operation.

Same size and feel of a Preston FIZ Focus Knob 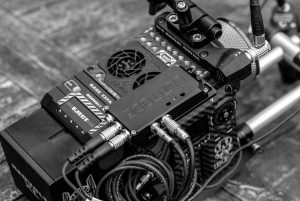 Integration with the RED cameras is where the RTMotion comes into its own.

VMI supply the Latitude controller as standard with all RTMotion kits.  This controller is used in place of the universal RTMotion ‘brain’ unit and will interface with RED EPIC cameras and DSMC1 & DSMC2 bodies and above, such as RED DSMC2-Helium, RED DSMC2-Gemini or equivalent.

In doing so, this provides additional functionality to the controller.  Specifically, the Latitude module requires your RED camera to be fitted with an EF mount and EF lens and then you can control the focus and iris from the 3.1 series hand unit using the servos built into the lenses without fitting external servos. 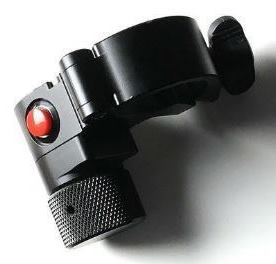 What is more, the thumbwheel control (also provided as standard on VMI units) will allow the operator to control focus locally too, so very well suited to Gimbal use.

Please read VMI’s article: WLCS Systems, All you need to know to explore the question of how to choose between the various systems and to introduce the range of WLCS systems which VMI arguably considers the best in their field and explain why we think that they work very well in given scenarios.

Note that if you need to control the zoom locally and other lens functions remotely, then consider the Preston Microforce Zoom Controller system, though this will not be controllable wirelessly with this system. 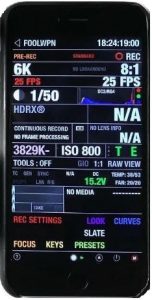